And I have walked 500 miles

December 23, 2017
I’ll have a BMI of 13 by the time I get home. Ten. Thousand. Steps. Half of what my college tutor did for fun daily, and at least 5x more than it takes to facilitate the mid-semester pentagram of procrastination, amidst deadline-gate. Not bad for a big bird. 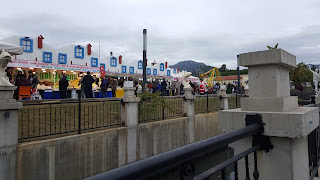 I found humans. Real humans. Just a few more miles’ walk than I’d anticipated to have to find some. A few more playgrounds, more than one ninja beached-boat photo (No we are not taking it into the sea, mate) and an awkward hour walking round shops with like a croquet hoop due to a less than desirable sleeping sling Small position, and I’m sat down. 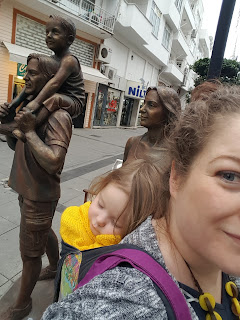 My god I’ve actually become one of those people that groan as they sit down, idyllic marina-side scatter cushions giving way to an oncoming onslaught of butt. Or maybe I’ve actually aged 60 years in 3 days, I’m unsure which. 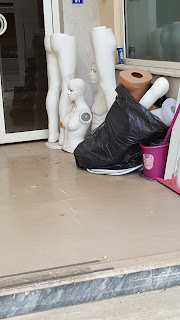 More of the People, in bits this time. Like some Bladerunner-esque cut scene. Is this some tourist aesthetic I’m oblivious to? Had I done ‘leisure science instead of the real kind at college, would I instead be snorting in disbelief at my ignorance? I’m clueless, clearly.

The day started off with a big hole in my bucket of fucks. A kindly wingwoman of yore, from afar, found me a list of a ton of open places this time of year. Fab!! I set off with my list and screenshots of locations (surely I can’t have walked past so many thriving day bars and British Bulldog burgers on sticky fingered plates, mauled by the hungry Manchester Airport lot, and MISSED THEM ALL?). I’m looking for Reg. He’s my main man today, sod Jafar or whatever he was called, I’m Reg’s bitch today. Love is a fickle creature, and this dude's got the promise of a full belly and potentially a few bribed Yorkshires in two days if I’m polite. Or flash a bit of tit, whatever (feminism goes out the window in very few instances, Yorkshires in a ghost town at Christmas definitely being one of them!).
Well Reg ain’t there. Unless he’s microscopic. Or opening up later. His bar is though, I wasn’t mistaken. 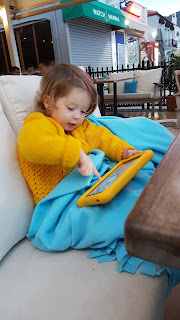 So I’m watching Small on the kiddy Kindle looking like a Van Gogh colourway, wondering when these dancing lights are going to start. They’d better do more than fucking dance, it’s taken me years to put on these pounds so had better be worth it.